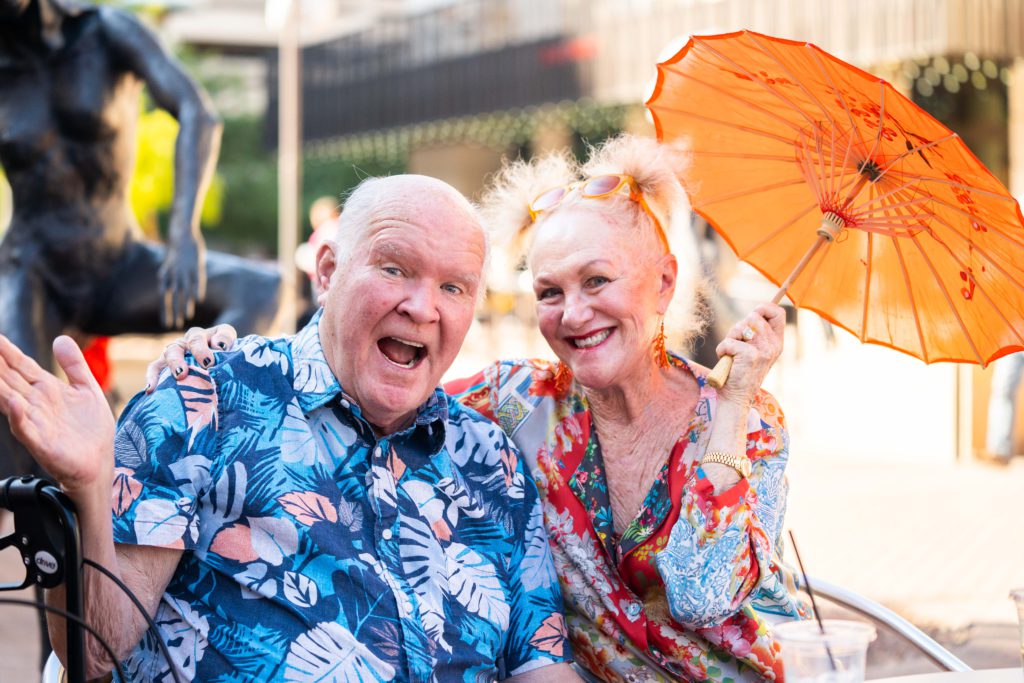 The Herberger Theater, alongside more than 15 Arizona arts organizations, will honor the life of Judd Herberger with a dimming of the theater lights at 7:15pm on Friday, November 5. Judd Herberger, longtime arts philanthropist and beloved member of the community, passed away on October 27, 2021.

The tradition of dimming the lights pays tribute to the life of celebrated artists who have passed away. For a few moments, the marquees and facades of theatres dim to symbolize a light going out in the community.

While the true reach of Judd Herberger and the Herberger family’s support is incalculable, it is well known across the arts community that their support has made a difference in the success of many organizations and touched the lives of countless people who have had the ability to experience the arts as a direct result of their efforts. Without Billie Jo and Judd Herberger and the Herberger family’s commitment to creating and maintaining the first major theatres and arts organizations in Arizona, the arts community would not be what it has become today.

The Herberger Theater extends its deepest condolences to the family of Judd Herberger and invites organizations to join in solidarity as it dims the lights on Friday evening.