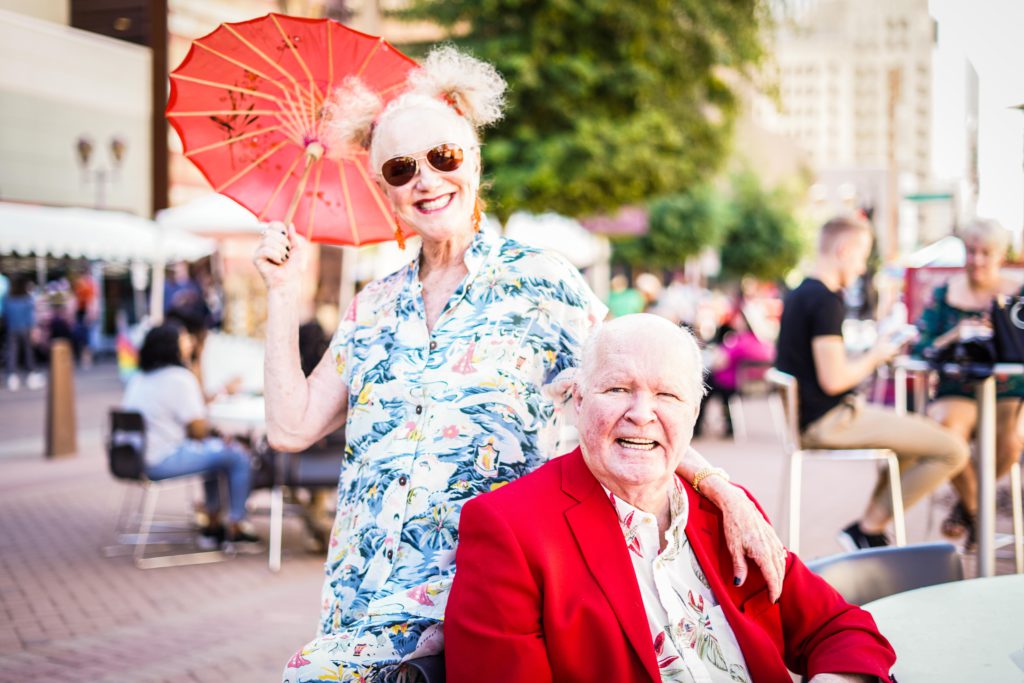 The grandest of all ceremonies occurred in late October of 2019 to celebrate the greatest Arizona arts philanthropists of their time, Billie Jo and Judd Herberger.

First known around the world for her water aerobics videos, Billie Jo, and her husband Judd, have since become some of the most generous arts supporters in Arizona. Her electric charisma has always been present, even being voted ‘Miss Effervescent’ at her high school. Despite the challenges she has faced with cervical cancer, breast cancer, and malignant melanoma, Billie Jo continues to carry her charm and love everywhere she goes.

“It’s very important to nurture the next generation because if the arts aren’t healthy and flourishing, where are the audiences going to come from? I love sitting up in the loge seats and looking down into the audience and seeing kids just go crazy,” said Judd.

Billie Jo and Judd Herberger have given immense support over the years to the Herberger Theater and the six resident companies who perform there. Their philanthropic efforts also include support for Phoenix Theatre, Ballet Arizona, Scottsdale Philharmonic, Phoenix Art Museum, Scottsdale Center for the Arts, Release the Fear and Phoenix Heart Ball.

“Without their support, we would not have been able to grow into one of the most respected children’s theatre companies in the country,” said Steve Martin, Managing Director of Childsplay Theatre.

The most impactful piece of their legacy is the fact that their support has allowed the arts in Arizona to flourish and grow in a diverse and exciting way.

Although Billie Jo and Judd Herberger have been recognized in many ways for their contributions to the arts, Billie Jo Herberger was most honored when named Scottsdale Woman of the Year in 2014.

“Billie Jo and Judd are a dynamic force in the arts community and their impact cannot be overstated,” says Herberger Theater Center President & CEO, Mark Mettes. “As part of our yearlong 30th anniversary celebration, it was the perfect time to honor them as the cornerstone of our past, our present and our exciting future.”

Even through this time of COVID-19, Billie Jo and Judd continue to provide support to struggling organizations that provide critical arts experiences to the community.

The Herberger Performing and Broadcast Arts Hall of Fame was established in 2000. It honors an Arizona native and/or resident that has achieved national or international acclaim in the arts. Past inductees include Hugh Downs, Pat McMahon, Leslie Nielsen, Alice Cooper, Robert and Katherine “Kax” Herberger, Dennis Rowland, John Waddell and Richard Mallery.